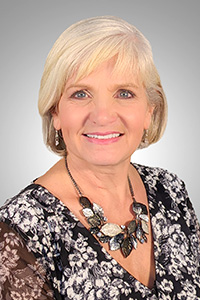 Christine Ann Botosan was appointed to the Financial Accounting Standards Board (FASB) on July 1, 2016, later reappointed to a second term that extends to June 30, 2026. Prior to joining the FASB, Ms. Botosan was a professor of accounting at the David Eccles School of Business at the University of Utah.

An award-winning professor and researcher, Ms. Botosan has a broad knowledge of accounting issues, with particular expertise in the areas of financial statement analysis and valuation.

Ms. Botosan served in a variety of roles during her tenure at the David Eccles School of Business at the University of Utah including as a leadership fellow in the office of the vice president, as the George S. and Dolores Dore Eccles Presidential Chair in Ethical Financial Reporting and as the associate dean of graduate affairs.

Prior to joining the University of Utah in 1999, Ms. Botosan was an assistant professor of accounting at Washington University in St. Louis, Missouri. Previously, she served as a lecturer at Wilfrid Laurier University in Waterloo, Ontario.

Ms. Botosan has served the academic community in numerous ways including as president of the American Accounting Association from 2014–2015.