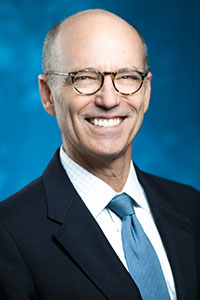 Get to Know Fred Cannon
Frederick L. (Fred) Cannon joined the Financial Accounting Standards Board (FASB) on July 1, 2021. His first term concludes June 30, 2026, and he is eligible for reappointment to a second term.

Mr. Cannon brings to the Board a deep understanding of financial services and a strong user perspective. An accomplished economist and financial analyst, he has almost 40 years of experience in diverse roles with a strong focus on research, equity strategy, investor relations, and corporate communications.

Prior to joining the FASB, Mr. Cannon served as director of research and chief equity strategist for Keefe, Bruyette & Woods, Inc., a subsidiary of Stifel Financial (NYSE: SF). He joined the firm in 2003 as vice president and was later promoted to senior vice president and managing director before attaining his most recent position.

He began his career as an economist with Bank of America Corporation, steadily rising to positions of increased responsibility. In 1998, he joined Golden State Bancorp as executive vice president and director of investor relations and corporate communications.

Often quoted in the financial press, Mr. Cannon was also a regular guest on CNBC, Bloomberg Television, as well as other national radio and broadcast television outlets. Additionally, he served as a member of the FASB transition resource group for the current expected credit losses (CECL) standard.

Mr. Cannon holds a Master of Science, Agricultural Economics, from Cornell University and is a chartered financial analyst (CFA). Mr. Cannon is currently a member of the CFA Institute.