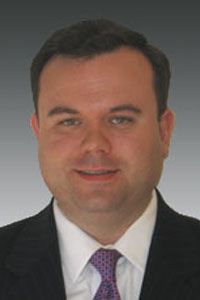 Cullen D. Walsh was named an assistant director of the Financial Accounting Standards Board (FASB) in 2013. He is responsible for managing the Board’s research agenda, which includes projects where the Board has directed the staff to perform pre-agenda research; overseeing international monitoring of projects undertaken by other standards setters; and managing the execution of implementation working groups, including the revenue recognition transition resource group.

Cullen first joined the FASB in August 2011 as a practice fellow. He was primarily responsible for the joint project on leases with the International Accounting Standards Board as well as several Emerging Issues Task Force issues on joint and several liability and income taxes.

Previously, Cullen was a senior manager in the National Office of KPMG LLP (KPMG) in New York City. In that role, he addressed a variety of technical accounting and auditing matters. He also participated in KPMG’s audit quality performance and compliance program where he was exposed to a significant number of companies in diverse industries.

Prior to joining KPMG’s National Office, Cullen was a senior manager in KPMG’s Audit practice in Boston. His audit experience includes global public companies and private companies. Cullen’s clients primarily were in the consumer products, healthcare, manufacturing, and technology industries. He provided audit services to companies reporting under U.S. GAAP and IFRS and was an instructor for KPMG’s national training programs.

Cullen holds a CPA license in the state of Massachusetts. He graduated from Boston College with a Bachelor of Science in Management concentrating in accounting and finance.