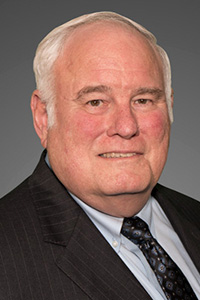 Getting to Know Harold Monk
Harold L. Monk Jr. joined the Financial Accounting Standards Board (FASB) on January 1, 2017. His first term concludes on June 30, 2022, and he is eligible for reappointment to a second term. Prior to joining the Board, Mr. Monk served as a partner with Carr, Riggs & Ingram, LLC.

Prior to joining the FASB, he spent six years at Carr, Riggs & Ingram, LLC, where he provided auditing and attestation, accounting, tax, forensic accounting, and M&A services to public and private companies of all sizes in various industries. He also served on the Private Company Council and the Financial Accounting Standards Advisory Council.

Previously, Mr. Monk helped form the firm of Davis, Monk & Company in 1977, which merged with Carr, Riggs & Ingram in 2010. He previously served as an auditor with Purvis Gray and Company, and as an internal auditor with the University of Florida.

Mr. Monk also is a past president of the North Central Florida Chapter of the Florida Institute of Certified Public Accountants and served as a member of the board of governors.

Mr. Monk received a bachelor’s degree in accounting from the University of Florida and is a certified public accountant and certified fraud examiner.